The Centriq 2400 system can deploy 64 CPU cores instead of the 24 CPU cores previously reported. This is the industry's first server chip based on the 10nm process, and its technology can pack more transistors on each chip.

Qualcomm will provide general products to some customers in the second half of 2017. 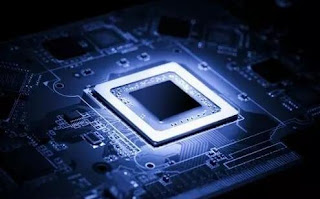 Qualcomm hopes that the Centriq series will allow it to break Intel's monopoly in data centers and make ARM-based CPUs a viable choice for high-end computing servers.

Qualcomm’s ARM-based chipsets provide products for many of the top smartphones and tablets currently on the market, but it will take some time for the company to enter the server market.

Since 2014, Qualcomm has regularly released the development process of its server CPU upgrades, but the Centriq series CPUs came out in February 2016.

The first product in this new series is the Centriq 2400, with up to 48 custom Falkor cores per chip, fully compliant with the ARMv8 architecture.

"Qualcomm needs to transform its leading edge in integrated circuit technology to provide high-performance chips for the latest advanced smartphones with the lowest power consumption. We use our expertise in ARM processor and system-on-chip design to launch the first A 10nm IC technology for mobile, and the first to use Qualcomm Centriq series servers that can bring leading advantages to data centers.” Chandrasekher added.

As part of the announcement, Qualcomm used a server deployed with Qualcomm Centriq 2400 series CPUs to demonstrate the running of Apache Spark and Hadoop on Linux and Java.

Qualcomm has entered this highly competitive CPU market. In this market, Qualcomm not only faces competition from Intel and AMD, but also has to compete with a new generation of ARM-based chip manufacturers such as Cavium and Applied Micro. Now, since IBM decided to open source its chip design, its alternative power architecture has become more and more popular.