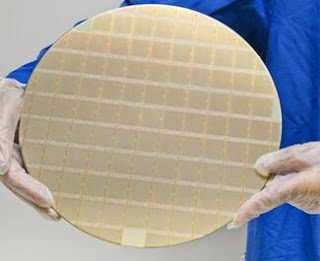 According to the industry, IBM announced a new generation of server CPU "power10" on the 17th. It is reported that the product is produced through the 7-nanometer project based on extreme ultraviolet, the cutting-edge technology of Samsung's foundry.
Since Samsung and IBM released the first 7-nanometer test chip in the industry in 2015, the two companies have cooperated for more than ten years. It is reported that Power10 combines IBM's design planning technology with Samsung's EUV 7 nanometer technology, and its performance is more than three times higher than existing products. This CPU is the first IBM product to use EUV 7 nanometer technology, and it will be available in the second half of next year at the earliest.
After Samsung Electronics launched 7-nanometer products suitable for EUV engineering in April last year, it began mass production of 5-nanometer products in the second quarter of this year. On the 13th of this month, Samsung also announced that it has successfully produced a test chip suitable for 7-nanometer EUV system semiconductors with 3D build-up technology.