What cpu is good for the server

August 31, 2020
What cpu is good for the server? CPU, also known as a central processing unit, is the computing core and controls core of a computer. At present, the mainstream CPU brands on the market include Intel, AMD, IBM, Cyrix, IDT, VIA, and domestic Loongson. 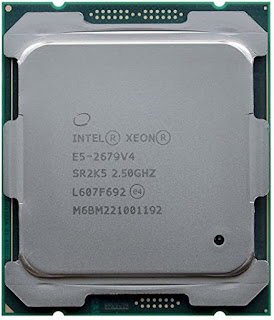 Intel is the big brother in the production of CPUs, it occupies more than 80% of the market share, and the CPU produced by Intel has become the de facto x86CPU technical specifications and standards. The latest Core series has also become the first choice for CPU.
When the server is rented, some merchants will mark their CPU configuration, and some will not. It is best to choose a service provider whose configuration is clearly marked. Otherwise, the merchant will cover up and charge it as a shoddy. Then the server will have more problems in the later operation.
For example, Western Digital's independent server, the processor clearly pointed out that there are dual-core Core E5700/G620/E5500, Xeon E5-2609V4 1.7G octa-core 15M QPI6.4GT/s X 2, Xeon E3-1220V5 3.0G quad-core 8M QPI8 .0GT/S HT, Xeon E5-2630V4 2.2G ten-core 25M QPI8.0GT/S HT X 2 and so on.
In terms of server processors, Intel and AMO processors are based on x86, or IA-64 architecture, and the main supported operating systems are Microsoft’s Windows system and various brands of Linux systems; while IBM and SUN processors are installed on the books They are all based on the RISC architecture, and mainly support their own UNIX systems and some specific brands of Linux systems.
On the whole, Intel and AMO processors have good compatibility and a wide range of support. Host rental generally can meet the needs of middle and low-end users. Users such as IDC, telecommunications, finance, and securities usually choose to support UNIX systems. IBM and SUN processor server systems. In terms of price, servers based on Intel and AMO processors are slightly cheaper.