Comparison of CPU performance between minicomputer and x86 server

September 04, 2020
Yesterday I posted an article comparing the performance of different CPU DMIPS. It happened that a friend in the group who was an Oracle asked about the performance difference between minicomputers and x86 servers in terms of database performance, which also attracted the attention and discussion of many people, so by the way today Write another article about the CPU performance comparison of minicomputers and x86 servers. By the way, I also do a survey to see what everyone thinks about this issue: 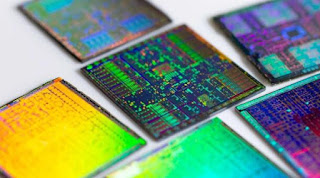 For many comprehensive benchmark performance tests, especially for the TPC-C database type Benchmark test, the test is actually the performance of the whole machine or the overall system, not just a single aspect of software and hardware. Performance, the test results are not suitable for direct use as a basis for hardware configuration selection, but if it is only used as a horizontal performance comparison, it is still very suitable. Borrowing a film from Oracle on OOW Shanghai in 2013 to compare the performance of servers with different CPUs in an OLTP database environment:
The first one is Oracle's SPARC SuperCluster. Although the performance value of tpmC is as high as 30M, it consists of 27 4-way SPRAC T3-4 minicomputers. If the overall system's 30M performance is averaged to a single machine, it is actually Not much.
The second place is the IBM Power 780 system, with three nodes, each node is configured with 8 Power 7 CPUs. The entire system has a total of 24 CPUs, 192 cores and 768 threads. The test performance of the topic exceeds 10M tpmC. If the average is counted as a single machine If it is only 3 o'clock M.
Although the previous two models occupy the top two positions in the tpmC performance ranking, they are all cluster systems and rely on more to win. Although Oracle's newly launched minicomputer T5-8 in 2013 only achieved a time score of 8.55M, it still claims that it has set a world record for "single system" OLTP performance.
The highest-ranking of the x86 server on this list is Oracle's 8-way server 4800. This machine is equipped with 8 Intel Xeon E7-8870, each with a 10-core 2.4G frequency. It is also used in the Oracle Exadata database. Onboard, the better-known name is X2-8. Its stand-alone tpmC score reached 5.05M. As the leader of the x86 server, the performance of the 8-way E7 server is second only to the flagship models of the two minicomputer manufacturers.
On the low-end 2-way server models, the tpmC performance of the x86 server significantly exceeds that of the minicomputer. The x86 server using 2-way E5 2690 CPU can reach 1.6M, while the Power780 using 2-way Power7 can only reach 1.2M , The performance difference between the two is obvious, and if you count the price between them, the difference in cost performance between the two is even greater.
In fact, the data on the Oracle film comes from public information on tpc.org. More TPCC performance test results can also be found at http://www.tpc.org/tpcc/results/tpcc_results.asp?print=false&orderby =tpm&sortby=desc, but in the following years, Sparc T5-8 has not been updated, HP Itanium has disappeared, and now only IBM Power is still struggling to update products, but the latest The Power8 system has never been tested for tpmC performance, but only disclosed the performance values ​​of some models of SPEC CPU2006:
The most high-end E880 in the Power8 system, SPEC CPU2006 performance with 8-way and 16-way CPU configurations:
E870 has only 8 channels in a configuration, and released the SPEC CPU2006 performance value:
On spec.org, we can also query the SPEC CPU2006 performance values ​​of 8-way and 16-way servers using Intel’s latest Xeon E7-8890 v4 CPU as follows:
A simple comparison of the two performance values ​​is not difficult to draw the following conclusions:
Power is still slightly better than x86 on the highest-end models, but the performance of the two is very, very close. On 8-way (and below) models, the performance of x86 servers has surpassed PowerPower’s main frequency and multi-threading capabilities. Stronger, but the number of cores has fallen behind x86 a lot. As Intel Xeon keeps the Tick-Tock rhythm constantly updated, I believe that x86's performance over Power on the highest-end models is just around the corner, and this surpassing time point may happen. In terms of the next-generation products that Intel and IBM will release this year, of course, it is still too early to say these. Let's wait and see the performance of E7 v5 and Power 9.
The IBM Power system now uses the so-called reference performance value (rPerf) to indicate the performance of different models, which is expressed by the multiple of the performance of this model relative to the comprehensive performance of IBM eServer? pSeries? 640 (rPer value of prizes 640=1.0), The performance between different models can also be converted and compared by rPerf performance value. For example, the maximum performance of the following E850C system is 853 times that of the P640 system, while the maximum performance of the E870 system is 1712 times that of the P640, and the maximum performance of the E880 is that of the P640. 3905 times.