Last year, with the advent of the Linux patch, Ice Lake was probably the first sign of desktop CPUs. Going back in time today, we don't have one, but three new Geekbench 4 submissions support the rumor. 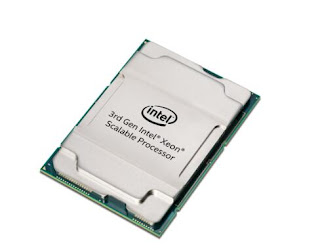 Following Cannon Lake, Ice Lake is Intel's second processor family with a 10nm process node. The 10nm + chip is based on the Sunny Cove microarchitecture. Although Ice Lake first made its debut on mobile platforms and was found in laptops, it looks like Intel is finally ready to shift its focus to desktops, especially servers.

Ice Lake is expected to find its home on Intel's Whitley platform. There are also rumors that these new processors will provide native support for PCIe 4.0 and DDR4-3200 RAM modules on Intel desktop platforms.

The problematic Ice Lake Xeon processor surfaced, peppered with Intel $0000 code names to disguise itself from unwanted eye damage. The chip appears to have 24 CPU cores and 48 threads. Geekbench reported a 2.19 GHz basic clock and a 2.89 GHz enhanced clock. The cache of the 24 core Ice Lake processor is designed to be 1.25MB of L2 cache per kernel, and the chip itself has a total of 36MB of L3 cache.

The Ice Lake Xeon processor was benchmarked three times by anonymous users. The chips used are likely to be engineering samples. In addition, we don't have all the details of the system or benchmark run. Although the scores look very consistent, we should still be skeptical. The top performer was a 24-core processor with a score of 4,100 for single-core and 41,972 for multicore.

AMD has four Epyc (codenamed Rome) processors with a similar 24-core, 48-threaded design as Ice Lake processors. Epyc 7402P scored 4,498 and 42,155 on the same Geekbench 4 benchmark for single and multiple cores. AMD's products outperform Ice Lake components in single-threaded performance, with improvements of up to 9.7 percent. Multithreading performance is at the same level between Epyc 7402P and 24 core Ice Lake.