September 02, 2020
Hello, everyone. Recently, our IT Resource Service Department has made a summary of the server processor information we have been exposed to in the first half of 2017. IT is convenient for you to have a look at the latest server processor market status and the characteristics of each processor. 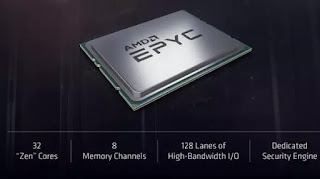 Have to say this half a year's server processor market is an undercurrent surging, the major processor manufacturers will in the second half of the year have to show their own weapon. Intel's processor platform accounts for more than 80% of the global server market, but the industry has been trying to innovate and keep a low profile, including ADVANCED Micro Devices (AMD) and ARM to actively compete for the market, so The threat facing Intel is increasing day by day, will talk about the latest products for the x86 market.
The glory of X86 Kings
When it comes to x86 servers, It has to be said that Intel has always been the dominant player in the market.
IntelXeon has been sitting atop the server processor throne since its launch.
Not just the processor, but the server integrated ecosystem as shown below.
Not only that, But Intel is king in storage, networking, and management, but today we're just going to take a look at the processor, and we can go on to other areas.
We all know about Intel's tick-Tock strategy. The Skylake product to be released in the second half of this year is in line with the haswall platform of the previous generation. The production process is still at 14nm, but this generation of platform has more market positioning.
The product lines range from high-end 8-way / 4-way, middle-end 2-way to low-end workstation, so it seems that Intel wants to play a big game and win the whole server market. Dare to king is bound to come up with something really come, according to our test, the machine performance to 20-40% than the previous generation ascension, but also relatively should be improved, power consumption processor biggest TDP is 165 w, the proportions of the ascension and improve the performance of the power consumption of the basic flat, the rest is to look at the price, according to the understanding of this generation is the larger one iteration, Intel performance chip of the derived version applicable to all scenarios.
To sum up its characteristics: clear product positioning, full coverage of application fields, improved hardware indicators compared with the previous generation, too many product positioning levels, different levels of hardware indicators.
Having said Intel, let's talk about AMD. Since x86, Intel and Intel have been at each other's quarrels. Intel was founded by eight rebels of Fairchild Company, while AMD was founded by jerry Saunders, who was fired by Fairchild.
If you have time, please refer to the history of AMD vs. Intel. There is a link at the end of this article. AMD is a research-and-development company, which was the first company to come up with 64-bit hardware systems. However, they have been making a lot of noise recently, as the server market fiasco, AMD has been idle for years, in the new round of competition, AMD will finally make a voice in the server market. At computex, which opened on May 31st, AMD announced that it would release its latest server processor, THE EPYC, on June 20th. Having learned from its server fiasco six years ago, AMD has produced a very high CPU yield rate.
With its single chip and high memory bandwidth and the amount of high core support for high speed input/output channels, EPYC could revolutionize the double socket server market pattern, and could reshape the expectations of the single slot server at the same time, the processor can be seen from the AMD is introduced in the document to the 95% of the Intel product line, and single server can compete with Intel dual servers, that AMD the ambitious. AMD, however, has a maximum power consumption of 180W, 15W more than Intel Skylake, and a manufacturing process of 14nm.
This is A server processor product developed by AMD for a long time. From the perspective of technical indicators, it has a bright feeling. Subsequently, xiaobi also made a comparison of hardware specifications of various processors.
To sum up its characteristics: prominent hardware specifications, Intel 95% product line, all hardware indicators will not shrink due to different levels, high processor power consumption. Single channel server performance is strong, outstanding cost-effective products.
The x86 server processors come with their own features, and Intel continues to make steady progress while AMD catches up. As the first portal for jd.com's server hardware selection, our hardware system department follows closely the development of the server market and obtains the evaluation prototype of two servers from Intel and AMD in the first time. After preliminary evaluation, we have mastered the first-hand technical information, and we will timely share relevant product information with you later.
The current two prototypes are already in our lab. If you want to evaluate your business performance on the new platform, you can test it by thumping contact.
Combined with the business characteristics I made an application chart, you can according to the figure below combined with their own business characteristics to locate the corresponding processor.
At the same time, I hope you can feedback the information you want to understand or the problems in the server application process to us, so that we can customize a more cost-effective server hardware combined with their own business characteristics.