How does the server distinguish the types of attacks?

As a server manager, whenever the server is down and cannot be accessed, it is necessary to check for failures and restore the server to operation as soon as possible. There are many reasons for the inaccessibility of the server. Simple system failures usually recover as soon as the system restarts. For more complex ones, such as system or application crashes, you must try to back up data and reinstall the system and programs; and more troublesome viruses Intrusion makes the server inaccessible. If it is impossible to compete for server authority or prevent data leakage, the only way to reinstall the system and reset the firewall is as soon as possible. The most troublesome thing is being attacked by traffic such as DDOS or CC. If the computer room is not defended, then the server can only return to normal after the attack stops. So when it is determined that the server is attacked and cannot be accessed, how to distinguish the attack type? Generally, after being attacked by traffic, the server will have the following situations. 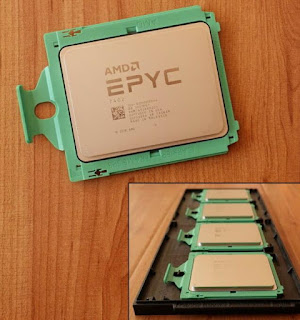 1. The server connection is normal, but the website or program cannot be opened.

If the W3wp.exe process occupies a lot of CPU, you can immediately confirm the CC attack. w3wp.exe is a process of IIS. If it is a dynamic site such as ASP/PHP, when it is attacked by CC, the w3wp.exe process may use a large amount of CPU to reach the server and the CPU cannot bear it. Of course, the website won't open.

For static sites, w3wp.exe does not use the CPU much. At this point, you can view the server's network bandwidth usage. This is because static sites can be directly returned to visitors without processing, so CPU is not used much. Of course, when subjected to a CC attack, a large number of static pages need to be returned, which will occupy the upstream bandwidth of the server. When subjected to a large number of CC attacks, the upstream bandwidth can reach 99-100%.

If one of these two symptoms occurs in the service, you may try to stop the server's IIS first. If the CPU or network bandwidth usage decreases immediately, it may soar immediately after starting IIS and be attacked by CC. Of course, the premise is that the server can still enter the management after being attacked. If the server cannot be logged in remotely, you can also log in through the KVM tool.

2. The server cannot be connected, and the website or program cannot be opened.

3. The server cannot be logged in, and the website or program can be opened, but the display is abnormal.

If the website or program can be opened, but the display is abnormal, the server can be connected, but the remote login is not possible, it is very likely to be attacked by a virus at this time. Hackers use viruses to seize permissions, steal server data, and wreak havoc on the system and website programs. If they are not handled in time, they will cause irreversible damage to the server, and they can only reinstall the system. The general Trojan horse virus can be removed after restarting, but if it is a loophole in the website program itself, if it cannot be repaired, it will be difficult to prevent the next invasion even if the system is reinstalled and the security firewall is reset.