Servers are down again worldwide, Google’s official response: due to internal technical failures

On December 15th, on Monday, local time in the United States, Google servers once again went down globally. However, the company has found the culprit responsible for the paralysis of dozens of services, that is, due to internal technical failures. server CPU 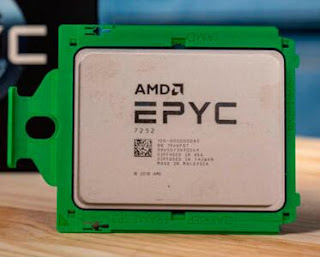 On Monday morning, almost all of Google's major applications were unable to go online, including YouTube and Gmail, resulting in hundreds of millions of users unable to access key services. The company said that the downtime was due to an internal storage quota issue (similar to a mobile phone notifying users that storage space was about to run out), which caused the authentication system used to log in to user accounts to malfunction.

A Google spokesperson said in a statement: "At 3:47 AM Pacific time, Google’s authentication system was interrupted for approximately 45 minutes due to internal storage quota issues. During this period, services that required users to log inexperienced a high error rate. The authentication system issue was resolved at 4:32 am Pacific time. All services have now been restored. We apologize to each affected user, and we will conduct a thorough follow-up review to ensure that this issue will not recur in the future. "

The downtime had a profound impact because other Google services such as Google Maps, Calendar and its cloud storage Google Drive application were all listed as affected by the downtime on the company's own status dashboard. Many of Google's affected services are the most widely used services in the world. For example, YouTube has more than 2 billion active users, and Gmail is the world's most popular email platform with more than 1.5 billion users.

Service monitoring site Down Detector also reported that users also had problems accessing the Google App Store and Google Meet and Hangout communication tools. During the service downtime, many people shared their disappointment on this massive and rare service interruption on social media, and the technology giant quickly became the focus of online discussion.

In response to this incident, Adam Leon Smith, head of the Special Interest Group for Software Testing of the Chartered IT Society (BCS), emphasized the problems experienced by users of Google's smart home products during service outages, and Said that this incident shows how highly dependent the world is on a few technologies.

He said: “People are sitting in the dark and can’t open the Google homepage. Neither of my two recent meetings can use the designed slides because they are stored in Google Slides. Our reliance on technology has become stronger, but in Spending on reliability, testing, and quality has not kept pace. Today, many companies will re-examine their service level agreements (SLAs) with Google and realize that their businesses are relying on things that are completely out of their control."

Alan Woodward, a cyber security expert at the University of Surrey in the UK, said: “We now basically host all services to cloud services and third-party providers. Although they are very flexible, no one can Complete immunity, a small point of failure may affect millions of people. We are all too used to relying on the Internet. As the epidemic spreads, we all work from home and try to use these services 24/7. This impact is being Infinitely zoom in."

This is not the first time a Google service has a downtime, or even the first time this year. When the United States was blocked due to the new crown pneumonia epidemic at the end of March this year, Google's Gmail, YouTube, Hangouts, and Docs were all inaccessible. Even the Google search engine had service abnormalities. At that time, the demand for home office was soaring. Google officially stated that this was a network failure, denying that it was related to insufficient network capacity.

In August, Google services suffered several hours of global downtime. Millions of G Suite users faced service interruptions for Gmail, Google Drive, Google Chat, Google Meet, Google Groups, Google Docs, Google Keep and Google Voice. The incident affected most parts of the world, including Japan, Singapore, India, Europe, parts of the United States, China, Southeast Asia and the Gulf region, and Australia. Google managed to restore the service only six hours later and did not explain the cause of the downtime.

The most recent global outage occurred on September 24. At that time, Google's website, Gmail, YouTube, Docs and other services were interrupted, and user login was denied. The company’s senior vice president of technology infrastructure, Urz Holzle, revealed the reason: “A server pool that routes traffic to the back end of the application has crashed, and users in that pool have experienced downtime.”