Recently, according to foreign media reports, artificial intelligence chip manufacturer Graphcore raised US$222 million in its E round of financing. This financing will help the company continue its global expansion and further accelerate the development of future IPU chips, systems and software. 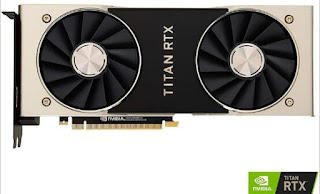 Currently, Graphcore's valuation reaches 2.77 billion US dollars, higher than 1.5 billion US dollars two years ago. The E round of financing is of epoch-making significance for Graphcore, especially when the company considers cloud technology and 5G to increase the adoption rate of AI.

Headquartered in the United Kingdom, Graphcore specializes in the development of IPU. The company’s chips are sold through partners such as Microsoft, Dell and Atos, and are commonly used in industries such as finance, medical and telecommunications.

After receiving the funds, Graphcore will continue to expand the technology of the IPU architecture. Secondly, the company will also use the funds to support other financial conditions before the public listing.

In the field of artificial intelligence chips, Graphcore's biggest competitor is NVIDIA. In September of this year, NVIDIA agreed to acquire ARM, a chip design company under SoftBank, for $40 billion.