The CES exhibition in 2021 is coming soon. AMD, Intel and NVIDIA will take this opportunity to release a new generation of CPUs and GPUs. Today NVIDIA also confirmed that it will hold a live broadcast on January 12, and hinted at the upcoming new products.

The official warm-up theme is GeforceRTX: GameOn. The video is only 9 seconds long and the screen flashes by. However, a lot of news has been revealed. 3Dnews believes that there are four points worth paying attention to.

The first thing that did not run was the RTX30 series of notebook graphics cards. Previously, it was reported that there will be at least three RTX3080, RTX3070 and RTX3060.

Next is the picture below, which shows the relationship between GPU, CPU, and video memory. This should be related to a new technology-remember the SAM intelligent memory access technology proposed by AMD before? Now the NVIDIA version is coming. 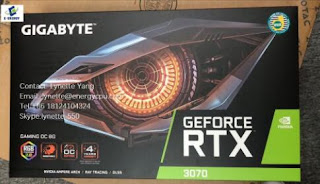 SAM technology is essentially derived from the specification ResizableBAR since PCIe2.0, which allows the CPU to access more than 256MB of video memory space at a time, which helps to improve game performance. AMD’s previous data is an increase of 5-11%, and the actual game measurement can increase up to 15% or more.

NVIDIA should also launch its own solution this time, and it can support AMD and Intel dual platforms.

Third, a new game, Outriders, appeared in the video. This is an FPS game launched by PeopleCanFly, which is expected to be available on April 2.

NVIDIA is now promoting this game, and it is expected that Outriders will also join the NVIDIA camp, depending on which technologies support DLSS and RTX.

The fourth important message is the new desktop version of the graphics card. There is GeForceRTX on the screen, which is likely to imply the rumored RTX306012GB graphics card-RTX3060Ultra, but whether this is the case has to wait and see.