Where to buy the Nvidia GeForce RTX 3090 — latest stock updates

We regret to inform you that unless you're willing to pay way over the odds, finding where to buy the GeForce RTX 3090 is still stupidly hard. That's because the most powerful enthusiast-grade graphics card from Nvidia has pretty much sold out everywhere. 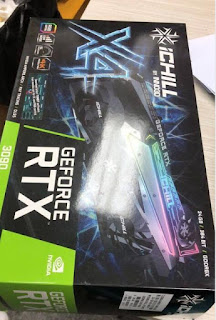 Unfortunately, we don't expect any new GeForce RTX 3090 to arrive in high volumes in the foreseeable future. But that's to be expected as Nvidia knew this situation was coming up and apologized in advance, noting that stocks were always going to below as the RTX 3090 is more of a professional and high-end enthusiast rather than a mass-market graphics card. If you get fed up and want a more affordable Nvidia graphics card then the GeForce RTX 3060 on its way.

Where to buy the Nvidia GeForce RTX 3080

Plus: PS5 pre-orders hit GameStop tomorrow — what you need to know

With that caveat in mind, here's a list of retailers selling the monstrously powerful graphics card; all are currently out of stock. But you can check back regularly to see if RTX 3090 supplies have been replenished.

There's a good chance that you'll probably struggle to get a GeForce RTX 3090 anytime soon. But if you're really keen on getting the powerful GPU and have other PC parts that need a refresh, then you could simply opt for a new gaming machine altogether.

Alienware, Cyberpower, Falcon Northwest, iBUYPOWER, Maingear, Origin have desktops on offer with the GeForce RTX 3090 as a graphics card option, including versions of our picks for the best gaming PC. Just bear in mind that these are seriously expensive PCs costing several thousands of dollars. You will, however, end up with a PC that will basically chew through pretty much any game you can throw with ease as the very highest of settings.

If all this seems a bit much, then bear in mind AMD Big Navi is on it's way on October 28. It's looking set to offer serious power, potentially at prices that undercut Nvidia's new graphics cards. So if you've not managed to secure a new Nvidia GeForce 3000-series GPU, then there's more to come from the graphics world this fall.